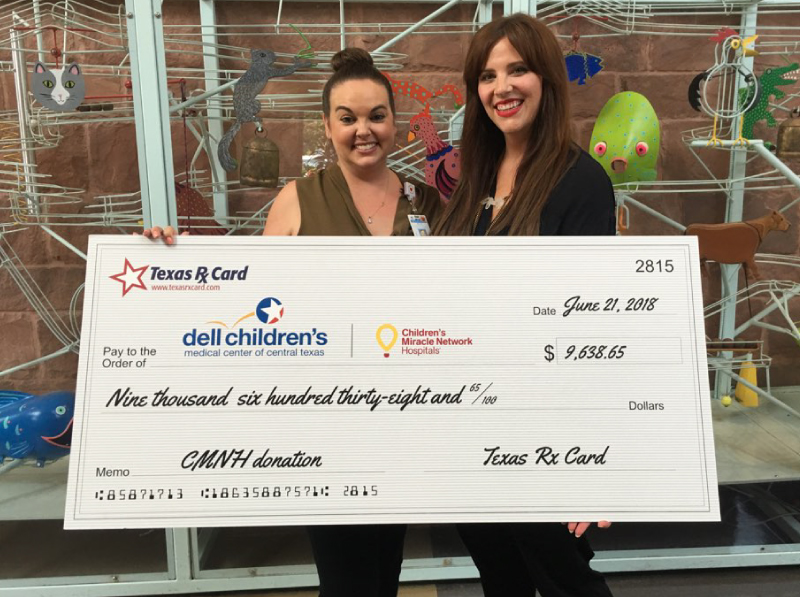 After the presentation, Courtney was given a tour of the hospital, including the unique Butterfly Wall.  Courtney and Megan discussed ways to collaborate in order to raise awareness for the Texas Rx Card and CMN relationship and to increase donations to the hospital.   A donation will be made to your local CMN hospital each time a prescription is processed using the Texas Rx Card.

Since 2015, the United Networks of America partnership with Children’s Miracle Network Hospitals has raised over $2.4 million dollars for local children’s hospitals. Of this, $9,638.65 has been raised for Dell Children’s Medical Center of Central Texas.